Music is alive in Port Wing 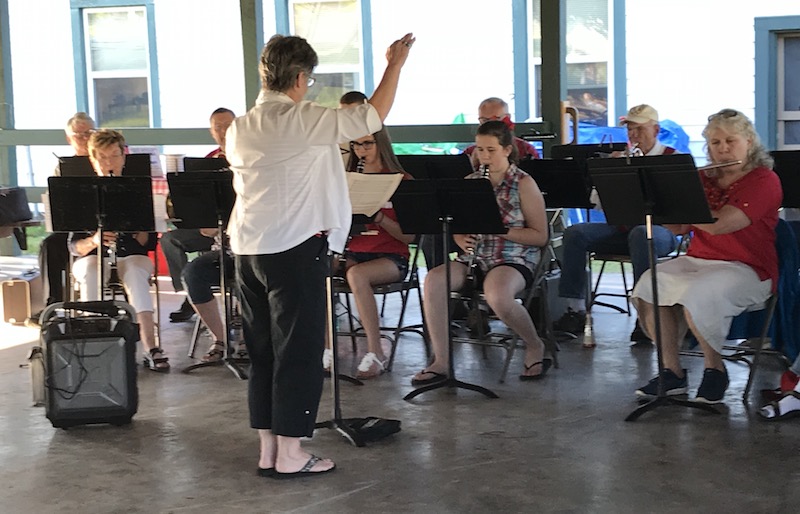 Several years ago, some local musicians gathered together to begin a local summer, all-volunteer, intergenerational band.  Starting early in June and running through August, the group rehearses together one hour every Thursday evening.  Then once a month during the summer the band sets up under the Pavilion at the Town Hall. The townspeople assembled listen to the Band play their monthly selection of marches, show tunes, Big Band, and other special numbers, and always ending with John Philip Sousa's Stars and Stripes Forever.

Beyond the fun of making music together, the Band contributes to the local South Shore high school band by offering concert attendees a refreshing intermission treat of ice cream and fresh strawberries, with cash donations going back to support the high school band.

If you play an instrument, come join the Band!

A new musical group has formed and the Port Wing community is treated to their concerts every year. The most recent on was held on Saturday, October 1st, 7pm, at the First Lutheran Church.

Come and enjoy a evening of music! 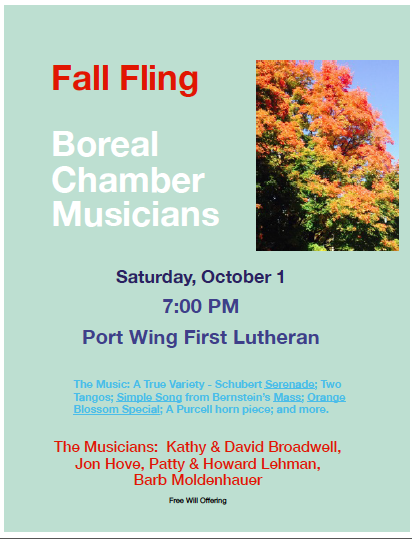